He was arrested on July 9 on charges of sexually harassing a woman employee of the AYUSH Directorate and remained in judicial custody till July 13. Later on July 21, the OAS officer was placed under suspension.

“Sarangi was suspended from government service in view of the gravity of the case and evidence against him. The conduct of Sarangi towards a subordinate lady employee, prima facie constitute an act of personal immorality and violation of conduct of rules,” read an official order issued by the State government.

Therefore, after careful consideration and in line with policy of zero tolerance of any act of immorality by any of its employee, the State government ordered compulsory retirement of Sarangi from service with immediate effect, the order further read.

On July 6, Sarangi’s female colleague had filed a complaint at Mahila Police Station in Bhubaneswar alleging the Director had sent her indecent messages and obscene videos on WhatsApp on June 29. Later, when she blocked him on WhatsApp, Sarangi allegedly telephoned and verbally abused her.

Heavy rain likely to lash Odisha due to low pressure 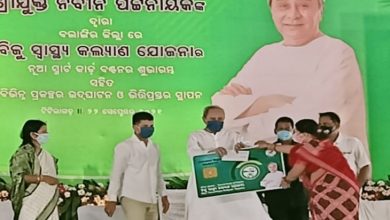