New Delhi: Actor Sushant Singh Rajput’s friend Rhea Chakraborty has told the Supreme Court that she lived with him for a year and shifted on June 8 — just six days before the 34-year-old as found dead in his Mumbai house. Sushant Rajput’s family has accused Ms Chakraborty of fraud and abetment to suicide, and a case has been filed against her in Patna.

In a petition to seek a transfer of the case against her from Patna to Mumbai, Ms Chakraborty said she and the actor were in a live-in relationship for a year till June 8, after which she had temporarily shifted to her residence. The actor, Ms Chakraborty said in her petition, was suffering from depression.

Sushant Rajput was found dead in his home six days later, on June 14. The police suspected it was a case of suicide.

The death triggered huge controversy amid allegations of nepotism in the film industry that admits no outsiders. In course of the investigation by the Maharashtra police, more than 40 people — including Rhea Chakraborty, director-producer Sanjay Leela Bhansali, filmmaker Aditya Chopra, director Mukesh Chhabra, filmmaker Shekhar Kapoor and film critic Rajeev Masand — have already been questioned.

Sushant Rajput’s family, however, filed a case in Patna. Unofficially, some of them claimed that they have no faith in the Maharashtra police which is hand-in-glove with celebrities. A case was also filed against Rhea Chakraborty following a complaint by Sushant Rajput’s father.

Ms Chakraborty has argued that the case was concocted by actor’s father to harass her. In the petition, she also said she fears he would influence the investigation by the Bihar police and the trial as the local authorities are hand-in-glove with him.

Sushant Rajput’s father KK Rajput, a member of the Bihar police, has substantial influence and she would be unable to get fair and just trial, she said.

In the complaint filed against her, the bereaved family has accused Ms Chakraborty and family members of financially cheating Sushant Rajput, subjecting him to mental harassment and driving him to suicide.

The First Information Report filed against her mentions a “suspicious transaction” worth Rs 15 crore, that has drawn the attention of the Enforcement Directorate, which is now looking into a possible money laundering angle.

In the First Information Report, Mr Rajput contended that his son lost his movie contracts and developed depression after he met Ms Chakraborty.

“When Rhea knew my son had mental health issues she did not stand by him, she took away all the papers and left my son alone which pushed his to suicide,” Ms Chakraborty, he also alleged, had threatened to destroy his career when he wanted to start organic farming in Coorg.

“I tried many times to reach out to my son and talk to him but Rhea and her associates and family members did not allow me to talk to my son,” his complaint said.

To Chinese claim of "complete" pullback in Ladakh, India's rejoinder 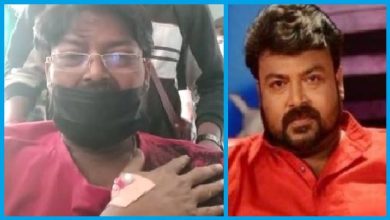 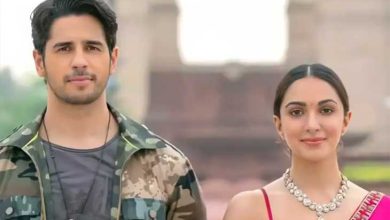