Kandhamal: Odisha police scored a major success in their anti-Naxal operations during which a total of 5 CPI (Maoist) cadres were gunned down in Kandhamal district on Sunday.
A recent statement by the Odisha Police confirmed that for the first time multiple Top Maoist cadres have been eliminated in a single operation.
Among them was Sukru of Kosa Sodhi, who was a state committee member of CPI (Maoist) carrying a reward of Rs.20 lakhs and a divisional committee member who had a bounty of Rs.5 lakh on his head. Besides, one area committee member carrying reward of Rs.4 lakh and one party member carrying reward of Rs.1 lakh on his name were also killed during the combing operation by security personnel. The police also found body of another left wing extremist on Monday who had a bounty of Rs.4.00 lakhs on his head.
Odisha DGP has further appealed to the Maoists to surrender and take advantage of the Surrender and Rehabilitation Policy in place. ‘They should come forward and also partake in the developmental initiatives of the government’, said DGP.
The exchange of fire between police and Maoists escalated when an operation was launched by Kandhamal S.P comprising of Special Operations Group (SOG) and District Voluntary Force (DVF) Commandos in the Tumudibandh Reserve Forest area of Kandhamal district.
The Security Forces were combing the area to apprehend the Maoists, when they were subjected to heavy firing by the Maoists in spite of repeatedly being asked to surrender. The SOG and DVF personnel fired in self-defence in which four Maoists died.
‘This action by the Security Forces deep inside jungle of Kandhamal will help give momentum to developmental initiatives of the Government, as has been the case in Swabhiman Anchal of Malkangiri district’, said Kandhamal Superintendent of Police Prateek Singh. 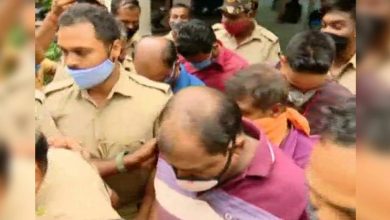