Bhubaneswar: The Bharat Raksha Manch in a letter to Chief Minsister Naveen Patnaik on Sunday urged to reconsider the old age tradition of holding the Rath Yatra.

The letter stated, the world over Odisha is known for Puri Dham and the annual Rath Yatra is celebrated by nearly a million devotees in attendance. Sadly, due to the current pandemic, understandably there is a restriction under the Government of India’s Lockdown guidelines that prohibit religious gatherings which would enable the virus to spread faster.

While the Government of Odisha had approached the Centre, the Government of India had left the decision to Odisha government depending upon the prevalent situation. At the same time the preliminary work like construction of Raths and holding of Snana Purnima festivities is over which undoubtedly raised expectation levels among countless devotees who await this annual event with much hope.

Anil Dhir, National General Secretary of the manch said, “we understand that the festival is being cancelled due to the orders of the Supreme Court though the High Court had permitted holding the Rath Yatra by using alternative mechanism of pulling the chariots either by elephants or machines.”

“We also understand that the state government did not provide compelling arguments or facts as apparent from the Apex Court’s orders to enable the Court to find a solution to this event. The order mentions a gathering of 10 to 12 lakhs devotees which is true in normal times. I feel that in view of the number of review petitions filed since two days there is an opportunity for the state government to present proper and relevant facts and suggest a safe alternative way for holding the festival on the June 23,” he added.

The manch is of the opinion that this age old event should not be scrapped in its entirety. The chariots can be pulled by policemen; limited number of Sevayats with masks and gloves can be permitted on the Raths; live Telecast by a number of channels can be permitted for public viewing; roads leading to Puri can be blocked for pedestrians, motor vehicles, bullock carts, bus, trucks, etc. The trains to Puri too can be cancelled. The lanes leading to Bada Danda can be barricaded to prevent entry of local public.

The Manch strongly feel that even if the bhaktas are not permitted to attend or witness in person; live broadcast of this glorious event by itself and the very fact that the Lord rolled out in his chariot will assuage their feelings to a large extent. This living heritage needs to be kept alive every year. The very fact that the Rath Jatra took place and the Lord rode in his chariot is a very important event for the countless Bhaktas of Lord Jagannath who wait in eager anticipation.

MoBus to extend services to Pipli from Bhubaneswar 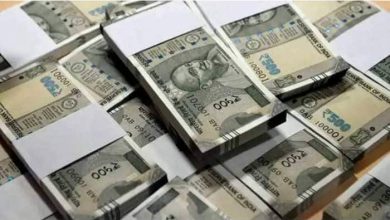